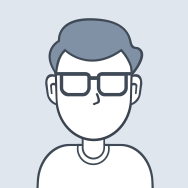 Prime Minister Lee Hsien Loong and Deputy Prime Minister Teo Chee Hean will deliver ministerial statements when Parliament sits on Monday (July 3). Mr Lee will address the allegations of abuse of power on matters relating to 38 Oxley Road, and Mr Teo will speak about the ministerial committee on the house.

The Michelin will announce the list of Singapore restaurants and eateries that have been awarded Michelin stars for 2017 on Thursday (June 29) evening at the ceremony, held at The Fullerton Hotel. Last year, 29 eateries received Michelin stars; 22 were awarded one-star, six received two-stars and one restaurant - Joel Robuchon Restaurant - was awareded three-stars. Follow us for the live updates from 6.30pm.

Donald Trump: Inauguration of the 45th US President

Billionaire Donald Trump will be inaugurated as the 45th President of the United States of America in a few hours, amid ongoing controversy and debate about his election win and Cabinet picks.

Who will be America's next president?

Get live updates from us as homegrown singer-songwriter Nathan Hartono battles it out with five other finalists in this evening's finals at the Beijing National Stadium.

Prime Minister Lee Hsien Loong will be delivering his National Day Rally 2016 speech this Sunday (Aug 21) from 6.40pm at the Institute of Technical Education College Central. Follow us here for live updates.

Brexit or Bremain? The UK votes

Should they stay or should they go? At 5am, Friday (June 24, Singapore time), polls closed in the UK as Brits voted on the EU referendum. An official announcement of the results is expected at 2pm (Singapore time)